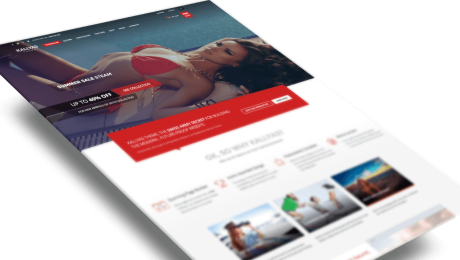 As interest in Iran takes the world by storm, Sam Cordier (PGt’s MD) is asked for his expert opinion in Iran’s Digital World. The following article (The Iran Report 2015: A Digital World Takes Shape) was first published as a double page spread in Campaign ME’s 18th October 2015 “The Iran Report”.

Despite government censorship and an unwillingness by many to invest in the digital space, Iran’s online word is gathering pace

The Iranian digital world is a happening place. Looking at the numbers, Iran boasts the highest number of internet users in the Middle East (46,800,000 compared to the next highest number of users in Saudi: 18,300,000). When brought into context of our population (estimated to be around 81,824,270 people in 2015), that’s a massive 57.2% penetration.

Even the kebab shop in our local square has an application for Android phones. Aside from that, a new online store or service is popping up almost daily here and some have already taken strong steps into becoming recognisable brand names – although I feel that there will still be some time before these new online startups become really profitable. Another indication as to how advanced Iran’s digital space is, is the fact that many big name international brands are focussing a major part of their marketing budgets solely on online activations – with other marketing elements only supporting their online drive.

We recently commissioned a rather large study to help us answer the question of how engaged the Iranian population is online and the results were quite astounding. It described the number of active users for the social messaging & social networks who log-in at least once a day (see table).

Bearing in mind that out of all the networks mentioned in the study, Facebook, Youtube, and Twitter are blocked and are only accessible by a VPN connection (which you can buy from government sanctioned sales agents all over the city), these numbers (even when taken with a pinch of salt) are extraordinarily high.

Social messaging applications are particularly popular here in Iran, with a few of the major players really fighting for the top spot in terms of message traffic. Viber used to hold the top spot but in the last few months it’s been difficult to connect to the service and unsubstantiated rumours have been spreading that the government has been limiting access to it. There was a joke that went around recently:

“The largest migration of the Iranian people in the last 2,500 years has been from Viber to Telegram”

Iran’s digital space is dominated by mainly urban users (~70% urban population), so if a big brand wants to reach a still rather substantial rural population, television or traditional outdoor advertising is still the key.

Out of these urban users, available statistics point out that the youth of Iran (15 – 29 year olds who overwhelmingly live in urban areas, one sixth of which live in Tehran) constitutes a significant segment of internet users. Their internet use has shown a steady increase in recent years. In 1997, 10%, in 2002, 19%, and in 2011, 29% of the youth in Iran used the internet. In provinces such as Tehran, Semnan, and Isfahan, accessibility to the internet among youth is close to 40 per cent.

Iran’s Centre for Research and Strategic Studies has found that more than two-thirds of the country’s young people regularly use the internet. Their survey found that of the 67.4% of Iranian young people who use the internet, 19.1% use the net for chatting, 15.3% for the social media, 15.2% for games and fun-surfing, and 10.4% use the World Wide Web for scientific research.

“There are, however, four main challenges facing the Iranian digital market”

Not being able to easily transfer money to or from Iran. This is a huge issue as many of the large global digital players are dying to come in and invest into Iran (such as Rocket Internet, one of the very few global digital players to have taken steps investing into the Iranian digital space) but are taking their time until the financial/monetary sanctions are completely lifted. Being able to make use of the international SWIFT payment service is the key to this.

Many sites are simply blocked and are only accessible via privately set up or purchased VPN connections. Although millions of people use blocked sites through the aforementioned VPN connections, these are not 100 per cent stable and are constantly fluctuating in their effectiveness at allowing access to these sites. This can cause massive frustrations to the consumer who will often simply stop trying and come back in 2 or 3 hours (if you’re lucky). There’s also the real fear that even information transferred over a VPN connection can be identified and controlled by government intelligence agents.

The Will to Invest Into The Digital Space

Slow recognition that investing in the digital space will reap returns in the long run. Although getting much better over the course of the last few years, it is still a major problem that many local companies (government ministries and their departments included) simply don’t invest enough time or money in their digital offerings. You only need to compare local sites with their international counterparts to see the vast difference in investment (UX, UI, design, programming, etc.). This means that anybody who is interested in doing something in the digital space here is quickly disheartened at the low incomes available.

Although improving, slow/intermittent internet speeds are a bane in many people’s lives and the government has been slow to react to the needs of the digital wave.

“And yet, the future is bright…”

Overall, the Iranian government is taking large strides to make the internet more accessible, recently lifting a restriction which capped home internet speeds at 128kbps while also awarding 4G/LTE licences to one of Iran’s two dominant cellular operators. Nevertheless, the country is pushing ahead with its national intranet project which aims to create a closed network of approved websites. I was given the option of joining it when renewing my own internet connection recently.

Further significant investment needs to be made across the country to overcome some of the infrastructure and connectivity issues, and this is slowly becoming a priority for the government. However some of the other issues facing Iran’s digital market are deep-set cultural issues which will only be surpassed over time, as a more globally-minded generation takes over.

As for agencies, there are a few purely digital-centric agencies in Iran at the moment and these have been around for a while, with more popping up every day. However these agencies have only done things like websites and animated banners and typically offer little in fully integrated digital campaigns. A recent development are agencies which deal mainly in smart digital media buying techniques such as CPC digital advertising. These agencies are still testing the waters and are facing an uphill struggle convincing clients to use their systems. Their main issue is as startups, they often have limited capital to invest and as a result, they seem to have great reporting structures but limited access to purchasing prominent banner spots on some of the top local sites. It’s true that a good reporting structure is a vital part of any digital campaign, but it’s useless unless you can actually get your message to the right audience. As a result, most brands are more comfortable using traditional online media buying techniques such as ‘pay for time’, which still offer an adequate reporting structure but may have more financial wastage.

Regarding integrated digital campaigns, there are some great ones coming out of some of the more established advertising agencies. We are currently running a number of marketing campaigns which lean heavily on digital activations and Social Networking strategies. Large international brands are also beginning to see the benefits of Iran’s digital space and have begun to adapt regional online campaigns for an Iranian audience, using the talents of established local agencies to execute them.

A main area in which the Iranian digital scene will develop over the course of the next few years is in the online media buying arena. At the moment, traditional online media buying still rules as brands purchase the top online banner spots for a period of time as per their campaign requirements. As forerunners in the global digital media buying industry have shown us, this can be very wasteful and techniques such as Google’s AdWords or Facebook’s Advertising are taking huge strides in limiting this waste and providing a much more accurate and efficient online buying system to their clients.

As Iran’s doors open up and more and more of the expatriate youth, who were either educated, living, or working abroad, come back to Iran, we’re beginning to see that the knowledge, and experience required to kick start Iran’s digital revolution is here… or coming fast. What’s currently missing is the financial investment required to get some of the most popular sites to play ball – why would they, if they can currently make more money leasing their banner spots at ever increasing rates to those only wanting them for a particular campaign duration?

E-commerce is also an area which will see massive development as more and more companies take advantage of the growing digital infrastructure to sell to a wider audience online. Iranians are already beginning to understand that purchasing items online and having them delivered to your door is a much more convenient way to do your shopping. Almost every single bank offers digital services and you can use your local bank card in more and more sites safely. Even international logistic and shipping companies will benefit if the financial sanctions against Iran are dropped and Iranians can trade internationally via online portals comfortably.